If money talks, what does it say about us? asks Paul Swift

In this rousing viewpoint, Paul Swift, managing director and founder of Worth Events, rebukes Matt Storey’s earlier viewpoint in regards to dodgy international dealings. Swift asks, if money talks, what does it say about us? 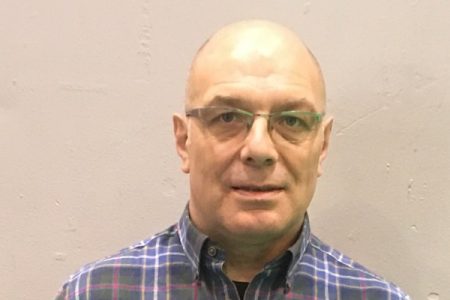 There’s nothing I like better than a fair fight. A fight where those taking part are pitted against their opponents, each trying to out manoeuvre the other at every turn, to be victorious!

How betrayed I feel when having seen and enjoyed a hard fought battle, I find that the winner was taking a banned substance or the loser was paid to throw the match. It cheapens and debases the sport, and the people taking part. The same applies to a politician in the pay of a particular company or lobby group to debate and vote in their favour or a nod and wink at the local planning committee of the Somewhere Lovely District Council, to ignore the rules on this or that planning application.

I am sure most of us feel a great sense of anger, frustration and intense disappointment with those that feel the only way to win is to cheat.

Why do some then feel it acceptable to practice double standards and participate in similar tactics in our own industry? Why is it OK to be outraged at others cheating but then do the very same thing, just to make a quick buck?

I have been in the events business (specifically exhibition stand design and build) for more than 35 years and I remember those early days when the industry was considered by many to be quite “dodgy”. Very true I suspect, as there were always stories flying around about all sorts of “deliveries” taking place just before or after some of the largest and most prestigious events of the day.

I would however, like to believe those days of corruption and “paying” to win work are long gone.

In more recent years we had an artic truck held by Turkish customs due to “irregular” paperwork. The “fine” to release the load varied between five and thirty thousand Euros depending on whom we spoke to and it was of course only payable in cash!

We dealt with it at consular level and the load was released with only one day left of a four day build. With the help of some French contractors who, having finished their stands, jumped in to help us through the night; we were ready for opening morning. Try as I might, those French guys would take nothing from me for their help.

That’s the industry in which I want to work, not one of backhanders and brown envelopes.

If we are to be taken seriously and to be regarded as truly professional, we have to move our business relationships forward on the basis of good practice, good work, trust and the highest of standards in everything we do.

If we choose to take the “dodgy” route then we do our industry and ourselves a huge disservice as we do our customers and those that put their trust and faith in us.

Some may consider me naïve but if we accept all this the “dodgy” stuff in our own industry, where next will we deem it acceptable in our lives? It’s a slippery slope and in my view a potentially very powerful metaphor for our wider lives and the societies within which we live, wherever we live.